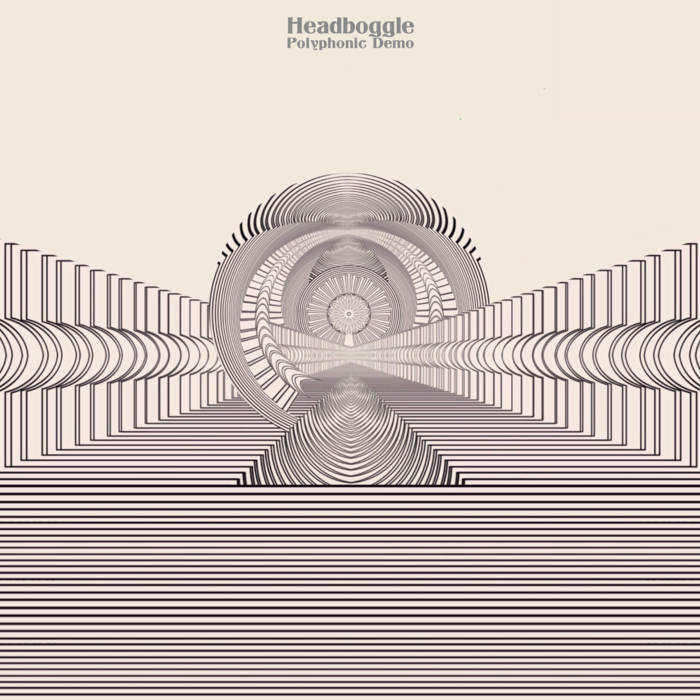 Clarke Robinson Delightful set of generally tonal explorations into the realm of the fun & uplifting. What punk might have sounded like had it been birthed from the Main Street Electrical Parade.

"San Francisco's Derek Gedalecia's long-standing HEADBOGGLE moniker has boasted over 100 releases in his twenty plus years composing and releasing music that spans from dense layered noise, synthesizer based works, avant neo-classical, to giddy electronics to ragtime piano, but none of these 100 plus releases have fully purged the deepest depths of unexplored sonic territories, with the inspired urgency and carefully honed strategic extraction of unheard sounds as his newest record, titled "Polyphonic Demo", to be released on CD and digital this November via Ratskin Records. On "Polyphonics Demo", Gedalecia abandons all notions of what experimental music is "supposed" to sound like to offer a exploding, tense, exuberant, yet refreshingly idiosyncratic take on synthesizer music. With forty-four one minute tracks, meant to be shuffled on CD or remain in their sequenced order, Gedalecia completely re imagines what is possible both compositionally and spatially within the confines of a sixty second track, or an electronic music album for that matter. "Polyphonics Demo" is the listening adventure of abstract, yet masterfully grounded take on electronic music we've all been waiting for.

“Headboggle splinters his typically all-encompassing style of synth composition into tiny one minute morsels & the results play out like fellow Bay Area legends The Residents on their Commercial Album: short and sweet, presenting each idea as a discrete miniature world and moving on. Derek presents a comprehensive taxonomy of the tones and strategies within his arsenal of synths and electronics, finding room for everything from glistening classical-informed harmonies to the bludgeoning rhythmic squelches that have become his signature. Across 44 tracks, Derek dilates time and sketches out some oblique narrative known only to him that seems to contain infinite details”.
- Max Allison, Hausu Mountain

“ HOLY SHIT Headboggle has gone “commercial” with (44) one-minute jingles of brain-damaged intent. I can’t get over this joker’s Modern Ballroom Dancing © sound - puts me super smiley in the headspace of Mort Garson or The Residents. My favorite release of his so far.”
- Bran (...) Pos

Derek Gedalecia, a.k.a. Headboggle, has been performing electronic keyboard-based soundscapes for several years in the Bay Area in over a hundred local performances at venues ranging from GTK to YBCA. Incorporating lowbrow with highbrow art, music, and comedy, Head Boggle’s intent is to fuse together a new ecstatic improvisational performance style with a carefully crafted musical underbed. In his formative years, Gedalecia studied classical and ragtime piano from noted ragtime composer/revivalist Dr. Brian Dykstra.

Bandcamp Daily  your guide to the world of Bandcamp

Featuring Gary Bartz, 5 years of Rhythm Section Intl and an LP of the week by Nicolas Jaar